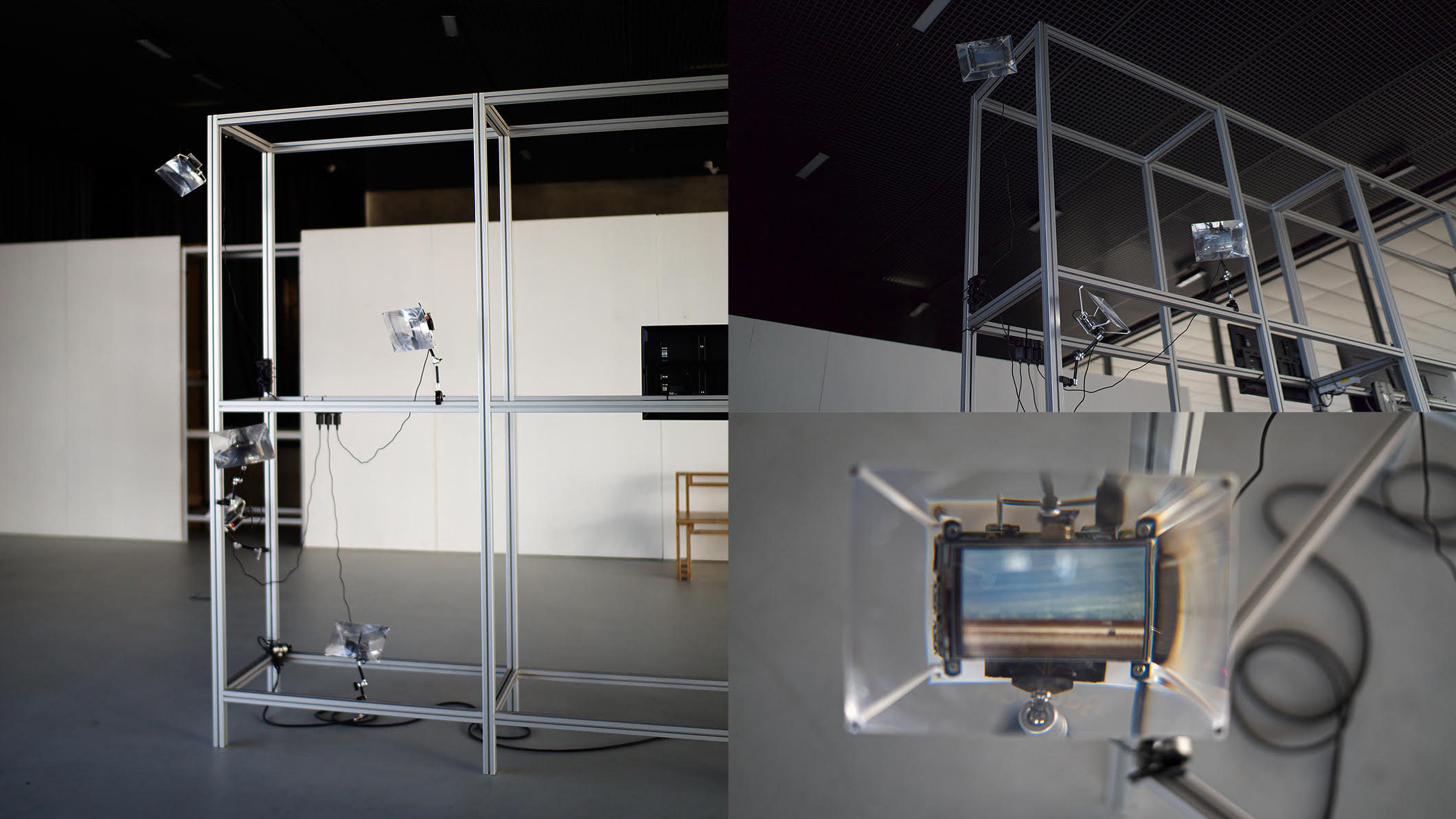 Posted at 09:15h in News by Margaux Davoine 0 Comments
0 Likes

1) Since ISEA first came to Montreal in 1995, what would you identify as the most important technological development – for your practice and/or in relation to the aims of ISEA – to have taken place, that is, what’s the advance in technology you find to be most pressing or impactful, or maybe what surprised you the most from then until now?

Since the sixth edition of ISEA, the most striking technological phenomenon has been, unsurprisingly, the appearance of the Internet in the cultural landscape. It should be remembered that in 1995, the Web was only just beginning to take hold in everyday life. There were only about 25,000 websites. Computers were still operating in 8 bits and only 256 colours could be displayed simultaneously. The Web was very poor, sensually speaking. This medium did not really inspire artists. At the time, multimedia works were recorded on CD-ROMs. There were talks about the disappearance of books, about replacing museums and the obsolescence of libraries to make room for new digital formats. Today, it is the optical disc that is part of a bygone past. However, it was not the Web nor CD-ROMs that marked ISEA in 1995. Online Art was not yet a real issue at that time. What we do remember is the variety of media installations that were exhibited, namely at École Cherrier and the Galerie de l’UQAM. We also remember the electronic cabaret that used to rock the Spectrum in the evenings. The artworks were multi-sensory and took over the spectator’s body space. It was fascinating to see that artistic creation no longer manifested only through inanimate objects, but by means of dynamic and automated multimedia systems. These proposals did not rely on a particular technological approach. Instead, they mastermind « custom made » technological hybridizations in order to showcase a diversity of artistic experimentations that offered new forms of experience. In short, to answer the question, we should not try to determine THE MOST IMPORTANT technological development, but rather to see how it has since been possible to experiment with new technologies in ways that avoid conforming to the dominant cultural and industrial standards.

2) Related to the first question, since 1995, is there a particular theoretical development – like the increasing “generalization” of ecology, in terms of media or otherwise; media archaeology; the new materialisms; or the shift towards environments in media studies – you’ve felt most significantly or you believe to be especially consequential?

– We must be as wary of technological obsolescence, as that of ideological or theoretical trends. Many discourses have faded since 1995. There are, however, questions that have returned to the focus of attention. Among others, I am thinking of questions regarding the culture of sharing, brought about by the model of digital distribution. Initially, it was hoped that the intermediaries between artists and their audiences would disappear in order to allow for a more direct and mutually beneficial relationship. Participation and interactivity were seen as means to promote the democratization of cultural production and consumption. Peer-to-peer forms of expression were explored. We were hopeful about the advent of social media. Today, we instead notice that the economy of sharing has been partly diverted, some would say too much so, to the benefit of large multinationals that have thrived on information and communication technologies. For example, there are negative impacts related to activities of Facebook, AirBnB and Uber, which remind us that control of digital infrastructures can lead to imbalances in relations of power, resulting in exploitation of employees, excessive real estate inflation, the manipulation of democratic election processes, and a reduced revenues derived from artistic activity for a very large number of creators. The promotion of technological innovation at all costs must therefore be questioned more emphatically and the socio-economic violence associated to it must be recognized. The problem is therefore ethical as much as it is technical. The effectiveness of a tool or process cannot solely justify its use. It is time to bring the notion of sharing back into the framework of its ethical dimension, within which the relationship of exchanges must be as equitable as possible. It is not enough to adopt a new theoretical or ideological framework; it is probably more important to unveil the frameworks that we continue to uphold without thinking too much about them. 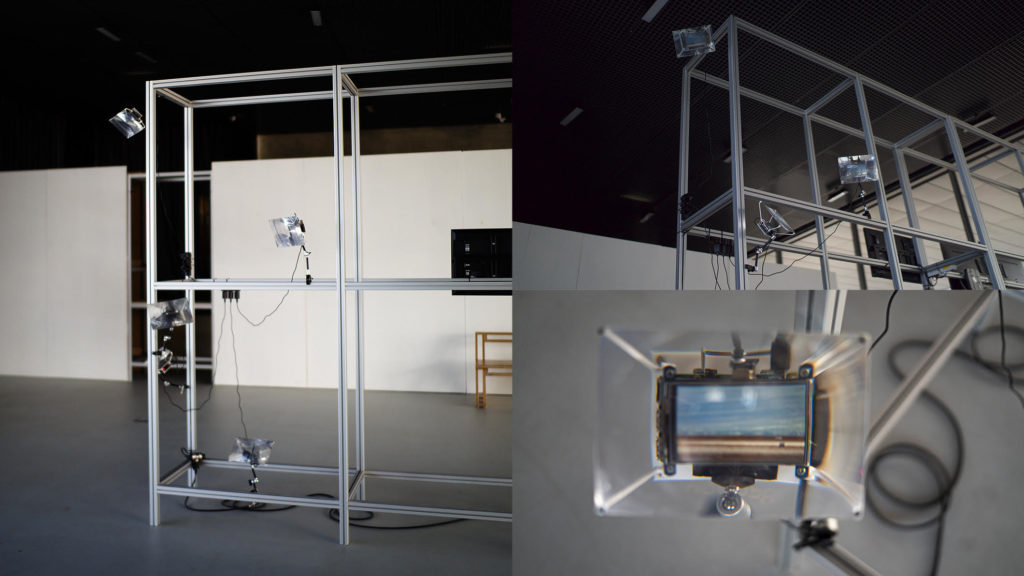 3) Shifting from what’s changed to what’s stayed the same, is there anything you remember from ISEA’s first time in Montreal that seems as clear, or as resonant today as it did then, and why?

– The organization of ISEA95 made it possible to mobilize in Montreal a critical mass of cultural actors who immediately felt the need to carry on the work in a sustainable manner. Luc Courchesne and Monique Savoie thus founded the Société des Arts Technologiques (SAT) in 1996. In 1999, the Association pour la création et la recherche électroacoustique du Québec launched the ELEKTRA Festival. Alain Mongeau started the Festival Mutek in 2000 in collaboration with the Festival du Nouveau Cinéma. In 2001, ISEA95’s partner universities (Concordia, McGill, UQAM and UdeM) set up Hexagram, a research-creation network combining arts and technology. In parallel, the Daniel Langlois Foundation appeared in 1997 and the Conseil québécois des arts médiatiques in 1998. What remains of ISEA95 is without a doubt the make-up of a community of robust organizations that have evolved together over almost a quarter of a century, thus making Montreal a place of reference in the international electronic and media arts scene.

4) Finally, thinking about this year’s theme, there might be something a bit ironic about exploring the notion of sentience (historically reserved for biological life, and quite a small subsection of it) through digital media and electronic arts – or just the machinic in general, what’s been historically relegated to non-life. There’s been much work done in the past 25 years to loosen the boundaries between such distinctions, and how do you imagine ISEA 2020 helping in that ?

– Sentience is an emergent property of complex forms of life. However, it is not easy to assert its occurrence in all living things.  Some confer this property only to beings that must move and react to rapid changes in their environment. Others estimate at 100,000 the number of neurons needed in an organism, in order to consider it a sentient being. Hence, sentience can be more assuredly granted to all vertebrate animals. It must also be considered by measuring the effects that hormones and other biochemical compounds can have on states of consciousness. Could we really talk about sentience without mentioning the impact of endorphins, serotonin or adrenaline on the phenomena of thought? However, sentience does not seem, for the moment, to be applicable to machines, for as long as they cannot suffer, fear or desire. That which is currently referred to as intelligence or artificial life is still a long way away from these notions. However, particularly in the context of artistic experience, it is evident that certain machines, devices or artifacts can influence human consciousness. Beyond this trivial observation, the appearance of the word sentience in ISEA’s programming should not be understood as an opportunity to distinguish between what is living and what is non-living, but rather to see art as a way of examining what can happen between all living things. Again, the issue probably applies to a posture that is more ethical than technical.